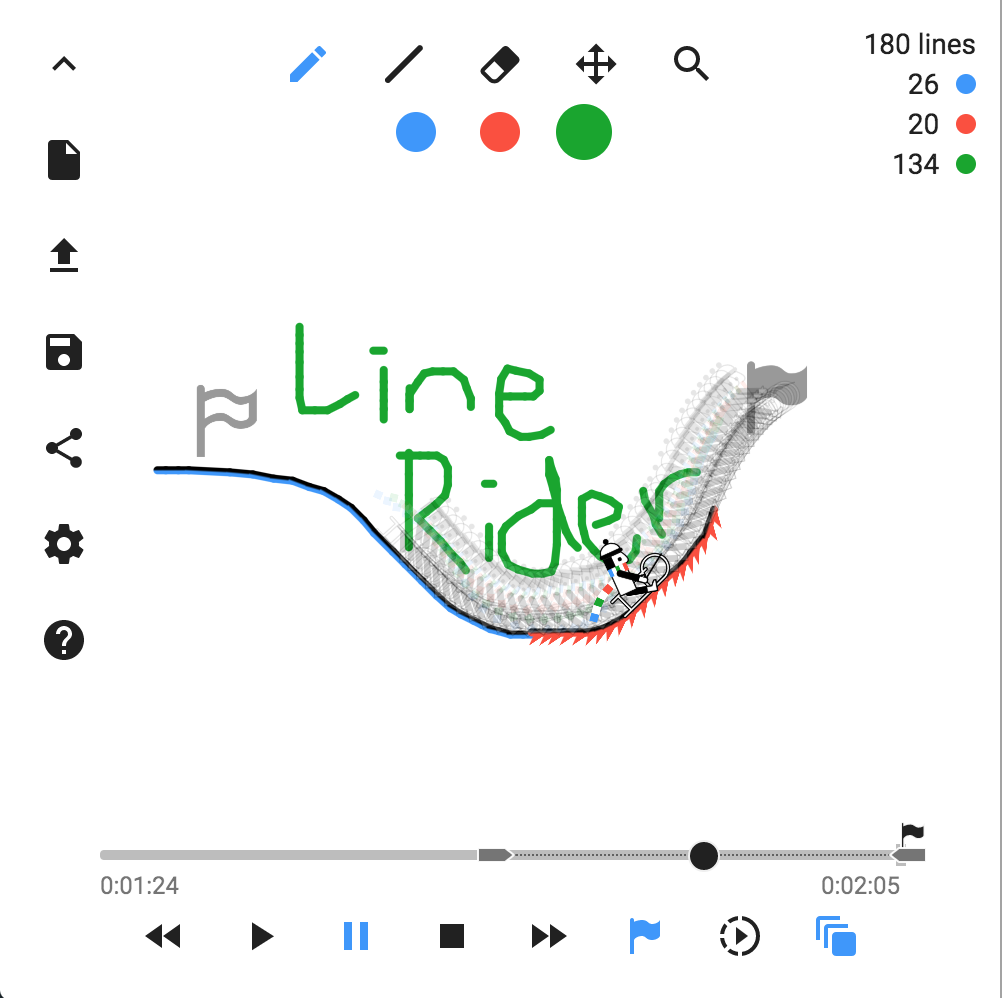 Line Rider is a game, a toy, a physics simulator, a vector graphics editor, an animation tool, all in one app. It was a Flash game popular in 2007, but I rebooted it using modern web technologies.

*Due to licensing reasons, I can only open-source the physics engine. Line Rider is a trademark of inXile Entertainment, Inc. A perceptually meaningful audio visualizer true to the sound. What you see is what you hear. 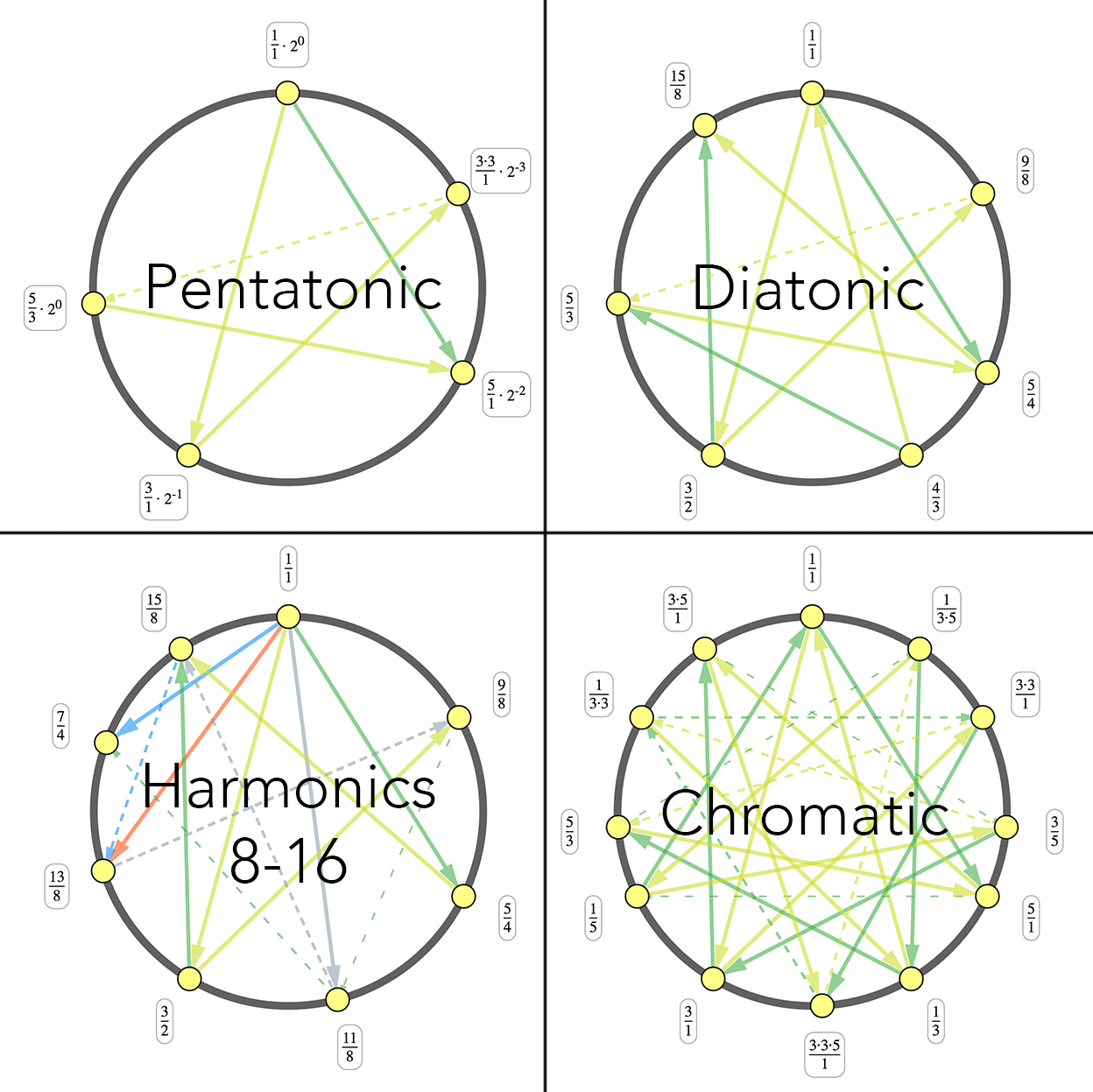 This interactive musical webapp lets you re-derive harmony out of nothing but prime numbers. 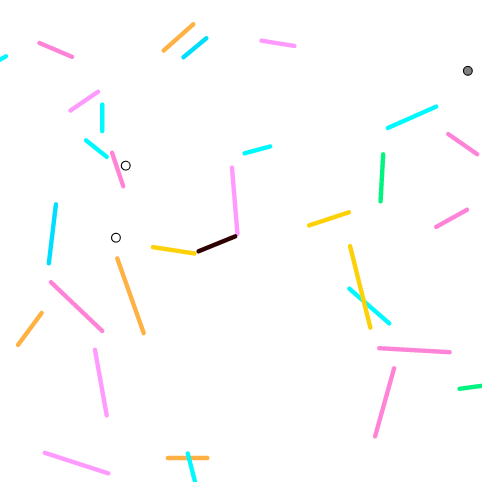 A physics simulator where balls bounce on chimes and make musical tones. With enough effort, you can use this as a music sequencer. Made during MHacks 6. Inspired by Ball Droppings. There's a lot more to be done with this. 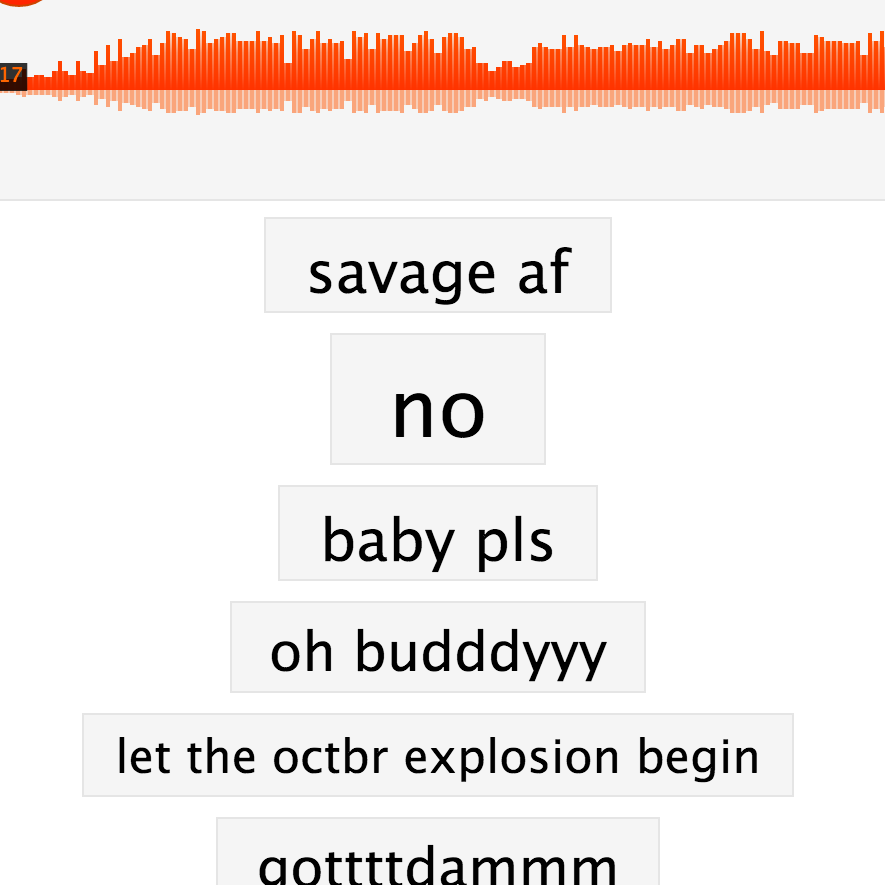 Generate the sound of a crowd using text-to-speech on the comments of a SoundCloud track. 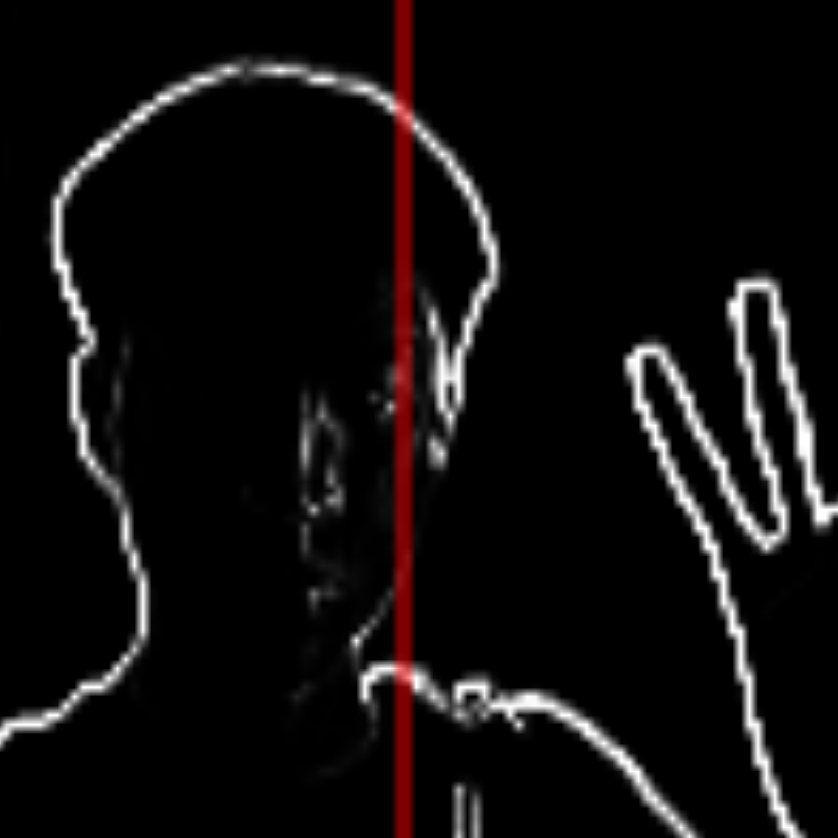 Transform yourself into sound using your webcam and some signal processing.